In late 2017 I found myself living a very minimalist lifestyle. A series of cross-country moves combined with the end of a marriage left me in Atlanta with not much more in my personal inventory than clothes. I rented a completely furnished room in the house of a co-worker, so I didn’t need many “things.” One morning shortly after moving, I was sitting in the waiting room of my dentist’s office when I looked up at the TV– it was playing a show about tiny houses. Knowing I wanted to get back into homeownership as soon as possible and also knowing I would be by myself with little need for lots of space, I made a mental note to do some more research.

That research proved both frustrating and extremely fortuitous. While I could find no tiny house communities or even tiny houses of any kind in the Atlanta area, I did stumble across the organization Tiny House Atlanta. When I contacted them to ask where I could buy a tiny house like the ones I saw on the show, I was told I couldn’t yet. However, what I could do was to volunteer with the group and help make it happen. I signed up immediately and became a Tiny House Ambassador, which meant I spent weekend afternoons at the Tiny Office perched next to the Beltline, a popular walking/running/biking/scooter trail that runs through Atlanta. I talked about tiny houses to hundreds of interested people, and I learned a lot about not only the tiny house movement but people’s perceptions – both positive and negative. I also volunteered at Tiny House Festivals,  helped out with the website, and served as an administrator of their Facebook group page.

Some facts you may already be aware of: While houses are getting bigger, the actual space that is used in houses remains pretty constant. A research team affiliated with UCLA studied American families and where they spend most of their time while inside their homes. The results will surprise no one. People spend the vast majority of their waking hours in two rooms, the kitchen and whichever room the TV is in, an area that averages around 200 to 300 square feet–a small percentage of the average-sized house.

Speaking of 200-300 square feet, in the spring of 2021, I will be moving into a 250 square foot house in Clarkston, Georgia. Yes, that is the total size of the house. This is one of eight houses in a micro-community dubbed Cottages on Vaughan. These eight houses sit on a half-acre of land at the dead-end of a street in the middle of one of the most diverse small towns in the United States. The house I am buying would, in its entirety, fit comfortably in a couple of rooms of many houses I have been in. It has a living room, a kitchen, a bedroom, and a bathroom, just like many houses. They are simply smaller.

Getting to this point took a lot of work, patience, and luck on my part and from the leaders of Microlife Institute, an Atlanta-based non-profit dedicated to–as it says on the website–“promoting a better quality of life utilizing micro-living principles through education, advocacy, and research.” Microlife is the developer of Cottages on Vaughan, and the executive team of Will Johnston and Kim Morrison have worked tirelessly in navigating both the wins and the frustrations of the Cottages on Vaughan project. They discovered that even with a supportive mayor, city council, and even an existing ordinance on the books that seemed helpful, the setbacks thrown in the way of this small non-profit with big dreams to build one of the first cottage communities in Georgia made up of micro houses almost proved insurmountable.

The Cottages on Vaughan project proved to be a microcosm (so to speak) of many of the challenges in the micro-living movement and will hopefully prove to be a pilot program for many such communities in Georgia and beyond.

This is the first chapter in the story of how I became a proponent of micro-living and an accidental minimalist. It will also be the story of the hard work and sheer determination involved in bringing the Cottages on Vaughan from the drawing board to actual houses.

Next installment: The Cottages are born. 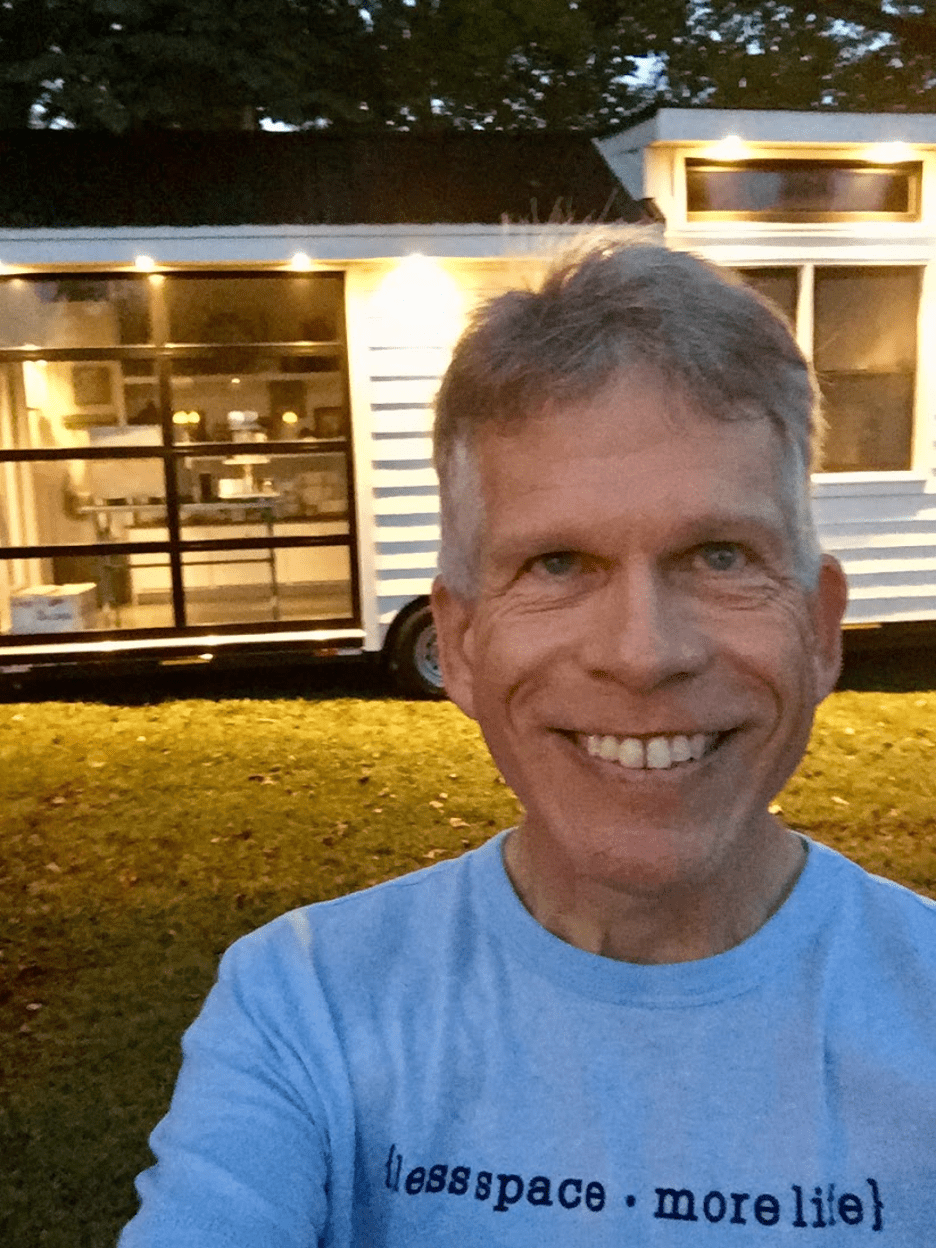 Rich Pasenow was born in the Cleveland, Ohio area many decades ago and after bouncing around from Ohio to Atlanta to California to Idaho to Hawaii then back to Atlanta again decided to take a deep dive into the world of tiny houses, in fact, so much so he is preparing to move into a 250 square foot tiny house in a cottage community in suburban Atlanta this spring. He currently works as a product manager in the IT department at The Weather Channel TV network and enjoys running, reading, writing, and spending time with his extremely supportive partner Sarah.