A brief overview of the tiny house movement 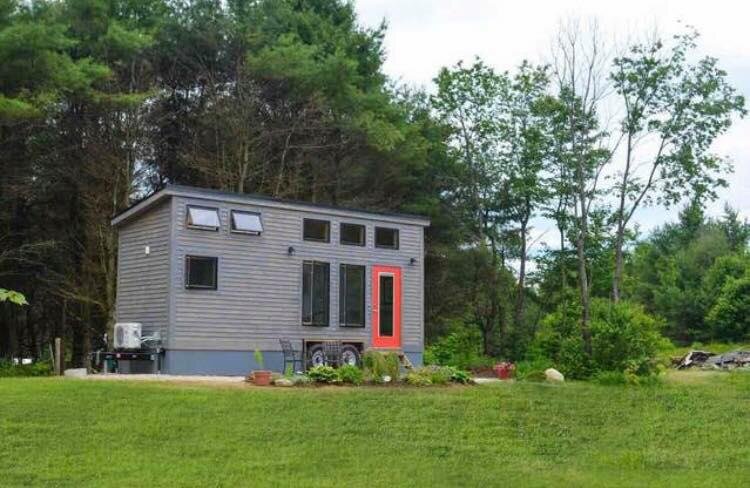 Tiny homes are more popular than ever before. This interest comes from the substantial industry growth and advocacy work over the past decade across North America and more recently worldwide. Many people wonder what value they offer and ask, why tiny houses?

The answer is simple.

As housing stock continues to lag behind demand and costs continue to rise, there is an increasing need for more diverse housing options to meet the needs of our communities, from young adults to retirees. That is where tiny homes come in as a sustainable, flexible, fill-in-the-gaps solution—whether on a permanent or movable foundation.

What are tiny houses? How do they compare to tiny shelters?

The term “tiny house” is a popular marketing term that can refer to various types of structures and dwellings that range from tiny shelters for the homeless to Park Model RVs for seasonal use to tiny homes built for permanent residence.

Within the tiny home industry, a tiny house generally refers to a single dwelling unit of less than 400 square feet in area, built on a permanent or movable foundation. The terms “tiny house,” “movable tiny house,” “tiny house on wheels” (aka THOW), or other similar words may be included in the verbiage of state laws, local zoning ordinances, and local residential building codes.

These terms commonly refer to dwellings suitable for full-time habitation. In contrast, the term “tiny shelter” often refers to a detached building without key building elements normally required for full-time residential use (for example, without a full kitchen or sanitary sewer connection). Tiny shelters are usually intended primarily to provide temporary sleeping accommodations and protection from the weather.

What are tiny house benefits & advantages?

All of these factors contribute to the prospect of greater sustainability and affordability.

Tiny homes also offer a convenient option to implement infill housing programs without the need for government-funded subsidies or increased property taxes for the surrounding communities. They are easy to locate, hook up, and maintain without negatively impacting community resources and services.

What is the modern tiny house movement?

Living simply and in small structures is a way of life that has been around since the beginning of human history.

Excerpt from The Beginner's Guide to Tiny Houses:

"Tiny houses have evolved over recent decades and come in many styles, appealing to people from all walks of life, from downsizing retirees, starter home-seeking couples, and minimalist young people, to everything in between.

A cornerstone of the movement is the emphasis on individuality, from design to a minimalist lifestyle, all curated around creating personal fulfillment.

So the common thread that binds the diverse designs and individuals in the modern tiny-house movement is the idea that a tiny home can be a multi-tool. It offers a wide range of quality, affordable, and environmentally friendly housing that can be used to meet personal dreams, financial and lifestyle goals, and community needs.

Because the traditional housing market is incredibly limited, a growing number of individuals and organizations are bootstrapping their own solutions by building or buying tiny houses. Advocates and nonprofits see them as a fill-in-the-gap solution to addressing the need for a more robust housing and shelter spectrum.

The Roots of the Modern Tiny-House Movement

In the 20th century, you could find multiple examples of small structures popping up to meet housing demand and used as an escape from traditional thinking. These included early mobile homes trying to address post-WWII housing needs and the embrace of simple living in the "back-to-the-land movement" of the late '60s and '70s.

Jay Shafer built his first tiny house on wheels in 1999. Not long after that, he launched the Tumbleweed Tiny House Company and co-founded the Small House Society. Then in 2006, he received national exposure on the Oprah Winfrey Show, the top tastemaker of the time. This media attention allowed tiny houses to enter America's consciousness just in time for the Great Recession.

The housing crisis of 2008 directly contributed to the rise of the modern tiny-house movement. Millions of people downsizing out of necessity slowly led to a robust national conversation around the meaning of home and success—set against the backdrop of a destructive culture of over-consumption, crippling stress, and economic inequality.

For many, a new American Dream emerged, one of reduced debt and greater freedom that can be achieved through tiny-home living. This dream continues to resonate deeply.

Over the past 15 years, the tiny-house movement grew steadily. It is now worldwide, with massive popularity in Australia and burgeoning in several other countries.

More recently, its popularity exploded, thanks to the significant exposure from the Netflix documentary Tiny in 2013, followed by the cable debut of the first tiny house shows in 2014. Together they put the term "tiny house" into mainstream cultural awareness. Around that time, numerous YouTube channels debuted with tiny-home tours and how-to videos.

More and more people from around the world found themselves enamored with tiny-house designs. And the widespread sharing of practical building knowledge paved the way for countless do-it-yourselfers to pursue building their own tiny homes.

Overall, the movement is driven by the growing number of folks ditching the traditional script of "keeping up with the Joneses" for a simpler life. It’s not defined by the exact square footage of the house, but rather the attitude and lifestyle: fewer things, more experiences, and a better quality of life."

How are tiny homes built?

Tiny homes can be built in compliance with one or more of the following standards and building codes:

Interestingly, a growing number of professional tiny house builders can certify their homes to simultaneously comply with two or more of these standards or building codes, allowing their customers greater flexibility in the placement, financing, and insurance. 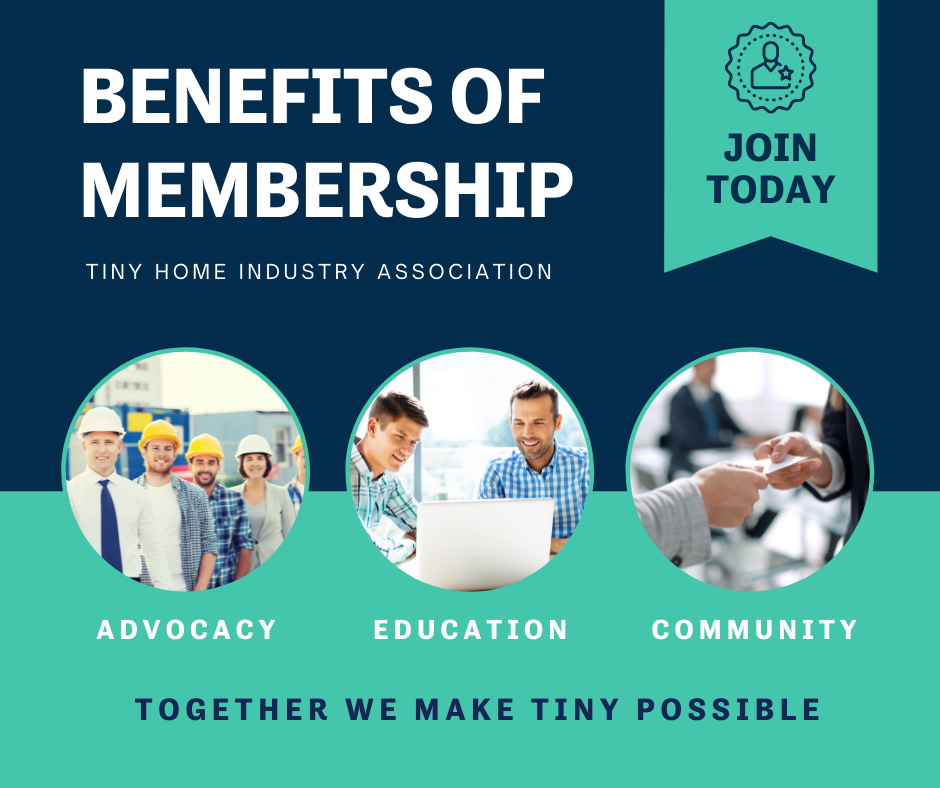 When you become a THIA member you get access to the growing THIA Resource Library including: