MCLEAN, Va. (July 16, 2020) –According to a new Freddie Mac(OTCQB: FMCC) national study, the growth of accessory dwelling units (ADUs)in the United States has been dramatic, particularly in high-cost areas seeing significant population growth. Freddie Mac’s analysis, the first-of-its-kind on a large scale, track the growth of ADUs and includes an analysis of the fastest growing areas for ADUs over the last decade.

It also examines various structural types of ADUs in use (both permitted and unpermitted) and discusses the measurable benefits ADUshavein our communities.

The research is based on 1.4 million distinct,single-family properties with ADUs, which were identified using a national-level dataset of 600 million Multiple Listing Service (MLS) transactions dating back to the late 1990s.“The nation’s affordable housing crisis has intensified in this turbulent economic environment,and ADUs are increasingly providing available affordable housing options for people of all ages,” said Sam Khater, Freddie Mac’s Chief Economist. “This analysis is both unique and large in scale, giving us insight into the growing movement of accessory dwelling units. Across the U.S., Portland, Dallas, Seattle, Los Angeles, and Miami metro areas have led the remarkable growth in ADUs.

Eight thousand ADU rentals were leased in 2019, representing 2.9percent of total homes leased on MLS. By comparison, less than 1,000ADU rentals, or 1.2percent, were leased in 2000.•Between 2009 and 2018, the number of ADUs listed for the first time, including for-sale and for-rent units, grew by an average of 8.6percentyear-over-year.•Demand for accessory dwellings is highest in the fastest growing regions of the country.

The rapidly expanding Sun Belt states of California, Florida, Texas, and Georgia account for half of the 1.4 million ADUs identified.•Portland, Dallas, Seattle, Los Angeles, and Miami have been the fastest-growing metros, each with double-digit growth since 2015. Freddie Mac’s Economic & Housing Research group regularly releases its Insightwhich provides original research and analysis on current topics of importance to housing and the broader economy. Freddie Mac makes home possible for millions of families and individuals by providing mortgage capital to lenders. Since our creation by Congress in 1970, we’ve made housing more accessible and affordable for homebuyers and renters in communities nationwide. We are building a better housing finance system for homebuyers, renters, lenders, investors, and taxpayers. Learn more at FreddieMac.com

As the nation’s affordable housing crisis intensifies, there is a growing movement in high-cost areas for the legalization and expansion of accessory dwelling units (ADUs)—also referred to as granny flats, garage apartments, and in-law suites. The concept of ADUs infilling housing in established neighborhoods is not new. ADUs, such as Fonzie’s above-garage apartment in the 1974 to 1984 television sitcom Happy Days, and Jesse and Rebecca’s attic conversion in the 1987 to 1995 television sitcom Full House, has been making appearances in pop culture television shows for decades. 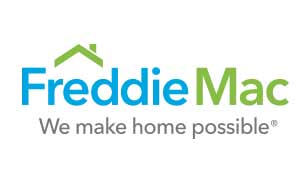